Potential New Member Orientation was designed to make the process for students joining a fraternity & sorority easier, better and safer. PNMO has helped thousands of students navigate the recruitment process and NOW is available for parents/guardians to answer their most frequently asked questions. PNMO: Parent Edition is a self-paced educational tool and resource for parents/guardians who student are participating or considering participating in Fraternity/Sorority Recruitment. 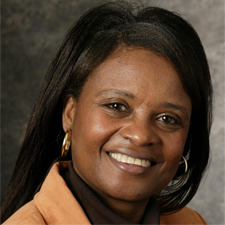 About Jenner Jones: Jennifer is a proud member of a sorority and was initiated almost 40 years ago. She continues to be an active member of her graduate chapter in Dallas, Texas and currently serves on the board of the National Pan-Hellenic Council (NPHC) as the immediate past president. Prior to that she served for 10 years as the President. Professionally, she works on the campus of Southern Methodist University (SMU) as the Executive Director of Student Development. Over the years she has provided workshops and classes dealing with Greek Life all over the country and has also served on a number of boards and associations that are focused on Fraternity and Sorority Life.

About David Stollman: David joined his fraternity over 30 years ago and is still an active volunteer at local and national levels. He has been involved in higher education as a speaker, trainer and consultant working with fraternities and sororities, having spoken to over one half of a million students at nearly 1,000 campuses across North-America. He is one of the co-founders of HazingPrevention.org and has served in many roles advancing the fraternal movement.
Request a Demo