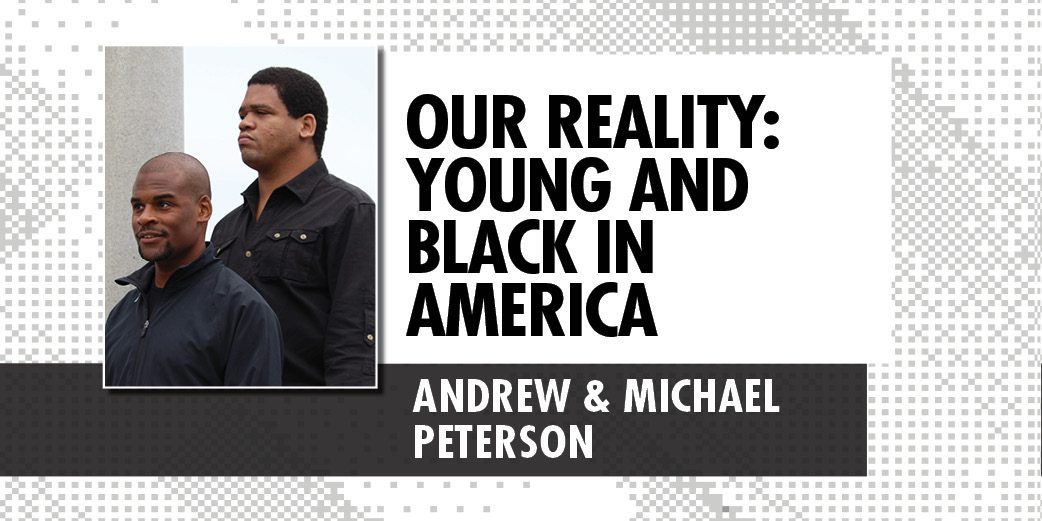 Our Reality: Young and Black in America

We are black. Our father is white and gay. He adopted us from foster care 20 years ago. No one else was willing to take an African-American sibling group of four.

Although we were raised in a diverse neighborhood and attended equally diverse public schools, our father’s white privilege couldn’t shield us from systemic racism.

One Saturday afternoon as teenagers, three white undercover police officers accused our father of running a stop sign in a predominately black neighborhood. He hadn’t. They assumed he was black and wanted a reason to search for drugs – even more so after seeing four black teens in the vehicle. That was our first time being frisked – for no other reason than being black.

Several years later our oldest brother, who is white, was having a violent mental health crisis when the police car arrived. He then blamed us for his behaviors. And the white officer believed him, without even talking to us. That was our first time in handcuffs – for no other reason than being black.

Most recently in a coffee shop near a local university, we met with a white career mentor. When we questioned her lack of preparedness, she refused to listen and raised her voice. Within seconds several bystanders intervened, assumed we were harassing her and threatened to call the police.

From past encounters, we understood the odds against us and promptly left. We refused to be arrested – for no other reason than being black.

Unfortunately, the scrutiny never seems to end. Sometimes when walking past young white women, we watch their body language immediately change. They are afraid for no reason.

Sometimes when ordering from a white server at a restaurant, we wait endlessly while others receive food before us. They show disrespect for no reason.

Even when presenting official identification to vote in an election, we routinely receive questionary looks and that moment of obvious suspicion. They expect the worst for no reason.

Let us close with the irony. Well-versed in social graces and manners, we readily hear comments about not acting black – never quite sure of the intent. Meanwhile, the color of our skin instantly creates negative perceptions over which we have no control.

We are young and black in America.

In partnership with our father, we welcome the opportunity to bring our message of respect and inclusion to your campus community. We will share our stories. And we will challenge individuals to make a difference – one person at a time. 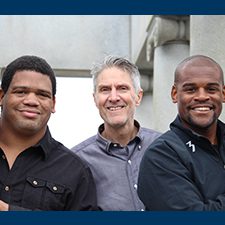