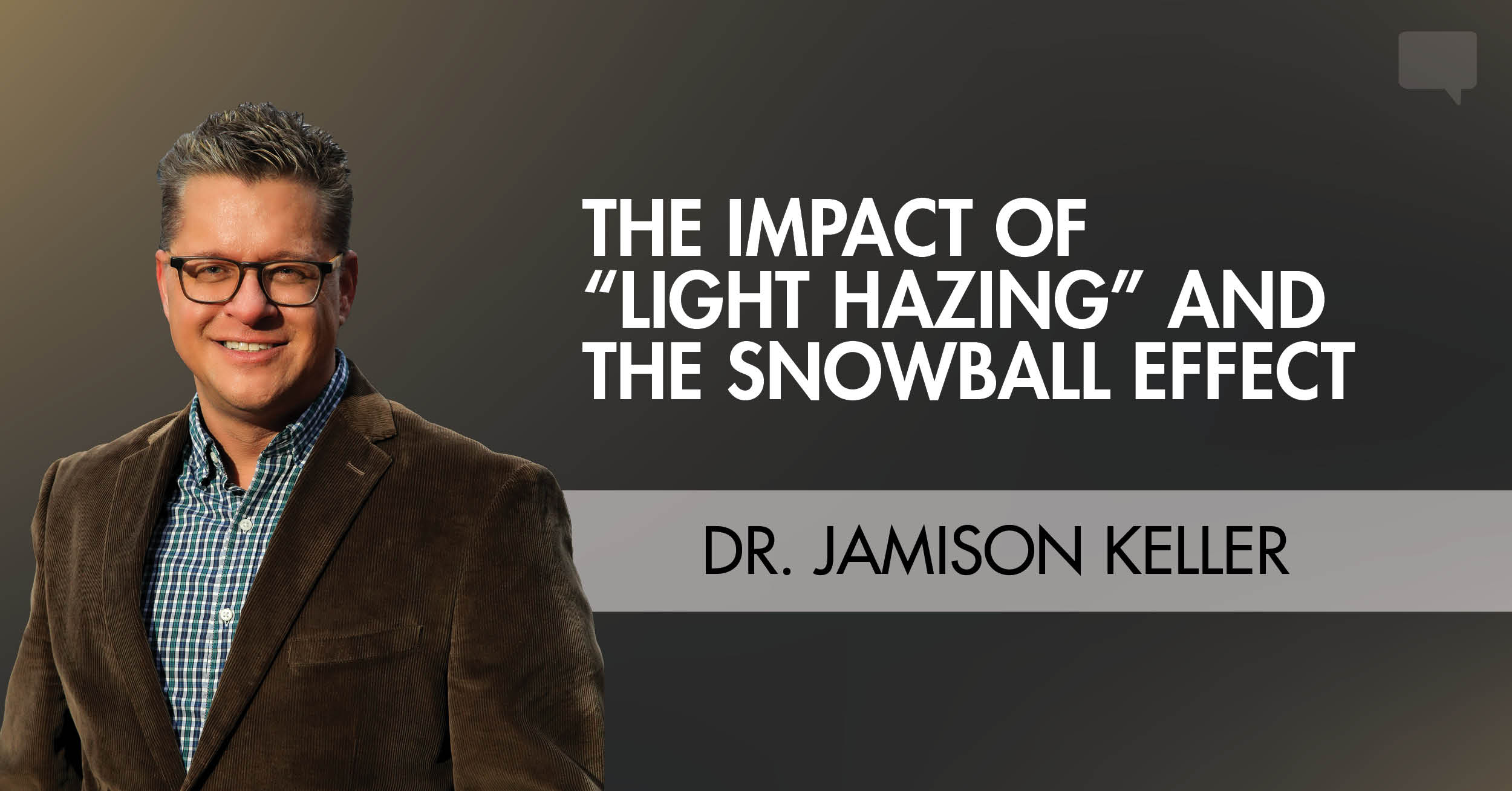 The Impact of “Light Hazing” and the Snowball Effect

“But we aren’t doing anything close to what has been reported on the news or like what they are doing in that other group!”  I have heard this statement so often in my 24 years professionally advising fraternities and sororities.  In fact, one of the first times I heard this comment was from a president of one of the best chapters I had the privilege of working with, thus it took me by total surprise.  You see, just a few years prior, this chapter was one I pointed to whenever anyone asked me what an ideal chapter was.  As a staff person responsible for empowering an entire fraternal community, there was no doubt in my mind THIS CHAPTER was the one I wanted all the others to emulate.  However, in a short decade, it was THIS SAME CHAPTER, that I was telling everyone never to become.

It was 1999 when I was a brand-new Greek Advisor and this chapter had 80% of its membership serving as current campus leaders including the student government president, several student government senators, at least a dozen orientation leaders, and two Interfraternity Council officers. Their membership was the highest of all other chapters on campus and they had just won numerous national and local university awards including best chapter.

I was a bit surprised in 2001 when I had a parent of a pledge contact me to question why her son was only allowed to walk through the back door of the chapter house.  Of course, I didn’t have any idea and asked the pledge educator who indicated this was to establish the clear distinction that pledges were not yet active and had to “earn the right” to use the front entrance.  This requirement clearly didn’t put anyone in danger emotionally or physically, but it did begin a dangerous path that you will see escalate significantly over time.

Now in 2003, most of the oldest leaders from 1999 have since graduated.  The chapter still had many members serving as orientation leaders and as student government senators.  Chapter membership fell to 68. They still won some awards but not overall best chapter.  That fall I had a very concerned sorority women inform me that this chapter’s pledges were required to entertain sororities at their meetings.   This was something that her sisters always looked forward to as the pledges serenaded them and brought flowers.  This year was much different.  They performed a skit that bordered on sexual harassment.

It is now 2005 and the chapter only had members serving as orientation leaders just say they could break the rules and recruit new freshmen.  Chapter membership fell to 55 members and for the first time ever, the chapter did not meet their minimum GPA requirement.  I also received a call from a concerned neighbor wondering way students were in the chapter’s back yard digging holes in the rain.  The chapter claimed they were building a deck, but no deck ever appeared.

In 2007, the chapter had no seen two full rotations of membership which was now down to 35 actives. No brothers held outside leadership positions and the chapter experienced several alcohol violations and a non-chapter related drug death of a pledge. The national organization came in and conducted a full membership review which resulted in five members resigning.

In 2010 the chapter was closed.  When the alumni from 1999 had heard of this they began to reach out to understand what happened.  I replied, “The Snowball Effect.”  You see, at each time point above, members in the chapter had assumed, incorrectly, that what they were requiring of their pledges had always been.  That it was tradition.  They didn’t ever intend to harm anyone or get the chapter closed.  This is something we always hear from fraternity members involved in a serious hazing injury or death, and they are right.  For almost all these situations we see on the news, the seed was planted years before.  For this chapter I discuss above, it was a decade.  Just 10 years to go from outstanding to closed.

What began as an innocent attempt at creating something that pledges “earn” (walking through the front door) morphed over time to dangerous hazing and a culture of not caring.  Each new class decided to add just a little bit more to the “tradition.”  Older members graduate and newest pledges eventually become the ones in charge.  Hence, organizational memory fades and assumptions lead.  We forget that by receiving a bid really means they already earned their way in and our task as a chapter is to make them the best version of themselves.

My charge to you is to stop that first idea of making anyone “earn” their way with anything that has no point.  Anything that can take root and grow over time to destroy any potential at excellence. 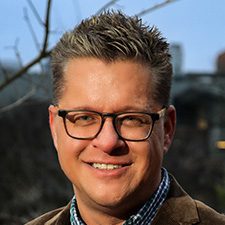