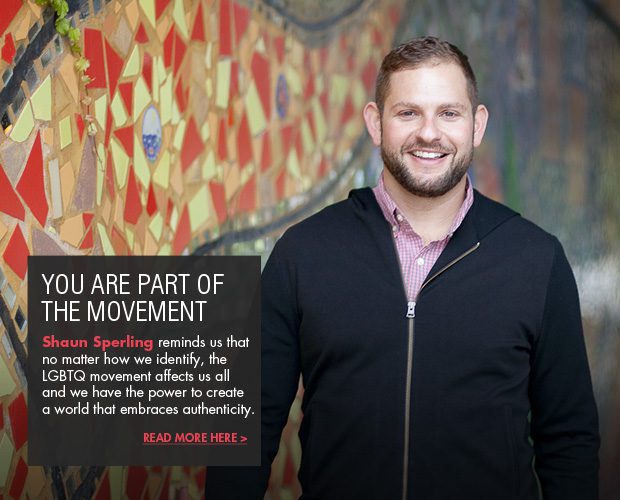 What will you do for the LGBTQ movement?

On the morning of June 26, I was glued to my computer, tuned in to the SCOTUS Blog relentlessly refreshing my browser waiting for the decisions on the same sex marriage case. I knew that it was a moment in history that, no matter the decisions, would have a major impact on the world. I thought about what the decision means for me personally, I thought about the people fighting on both sides of the debate and most of all, I thought about how the decision would effect future generations. A decision that guaranteed a constitutional right for same-sex couples to marry would mean that future generations would have the opportunity to live in the world with less shame for being their authentic selves. A decision to the contrary would no doubt perpetuate generations of repression for LGBTQ people.

At 9:01am, I read the following words: the Supreme Court rules by a 5-to-4 vote that the Constitution guarantees a right to same-sex marriage.

At first glance, I didn’t believe the words on the screen. But after several moments and deep breaths, it sank in. My body erupted in goosebumps and my eyes flooded with tears. I felt the decision in every fiber of my being. It felt like a weight was lifted from my shoulders that I didn’t even know was there.

This monumental decision goes far beyond politics and laws, at its core; it is about freedom – freedom to live a life that is authentic and true. No matter where you come from, who your family is or what you do, if you fall within the broad classification of “LGBTQ”—you live under a veil of shame. I’ve long believed that as an LGBTQ person, shame begins at a very young age, when we realize that we will eventually have to violate the cardinal rule of life, that love is between a man and a woman.

The realization of being different and the fear of rejection plagues us and follows us in every area of our life – no matter how hard we fight it. And whether our differences are accepted, celebrated, rejected, or ignored, shame manages to rear its ugly head. Even if we are lucky enough to be accepted and celebrated, shame is there and can never be removed completely because it has affected us so deeply—physically, emotionally, and spiritually. But, the June 26 decision has turned that cardinal rule on it’s head.

The fight for LGBTQ equality, however, is far from over. Like all minority groups, there is a long road ahead of us. But as students walk onto campus this semester, there is no denying that the world is a different place. We have more opportunity then ever before to create communities of love and acceptance for everyone.

How will your campus reflect this change? What will you do to advance the movement?

As the semester begins, here are a few suggestions of ways that you can help guarantee that you are part of the movement:

1. Learn people’s stories. The LGBTQ community is diverse and rich. The most important thing you can do to create safe spaces is to take the time to learn about people’s individual experiences. Ask questions and listen. When people feel free to express themselves completely, it fosters communities of acceptance and love.

3. Create dialogue with opposition. When it comes to LGBTQ issues, we all have our own views and beliefs. College is an opportunity to challenge us. It is so important that although we may not all agree, that we create environments where everyone can express themselves. Open dialogue will result in a greater understanding of each other and communities where we can all live authentically.

No matter how you identify, we are all part of this movement and it affects everyone. You have the power to stop the unequal treatment of the LGBTQ community and create a world where we don’t have to live under a veil of shame, but rather in a world that embraces authenticity.

Shaun Sperling believes that life’s greatest feat is to live authentically, but it is also the greatest challenge. He argues that these are the most important lessons to learn in college and has made it his mission to help students find their true path to success and happiness while also making a difference in their schools, communities, and the world. Learn more about Shaun and his authenticity and LGBTQ keynotes at campuspeak.com/sperling.