Why I Didn’t Fight Back: A Survivor’s Perspective

“Why can’t you remember? Your story doesn’t make sense. Why didn’t you fight back? Weren’t you drinking? What did you expect?” They’re words I never imagined hearing after being sexually assaulted. Police officers, family, and community members hinted the same: it was my fault. Perhaps you’ve asked others, maybe even yourself, these same questions. Sadly, it’s a familiar response for the 1-in-4 college students who experience sexual assault.

But did you know there are scientific explanations behind these burning questions?

While research illustrates that less than half of survivors of sexual assault get medical care or a forensic exam, the majority of survivors do turn to friends and family for help. So what does this mean? Quite simply, as peers, friends, and allies—depending on our response, we’re a survivor’s first line of either safety/healing or danger/revictimization. Bottom line, that first instance of a survivor telling their story to someone else will make or break how easy recovery is going to be for them.

This is a role that shouldn’t be taken lightly. With this role comes being educated and empathetic. So, let’s dive right in.

When it comes to the neurobiology of trauma, sexual violence is one of the most devastating events anyone can experience. It’s a trauma that completely destroys the nervous system—leaving a somatic (physical), emotional and mental imprint that can sometimes take years to regulate, as survivors stay stuck in their fight, flight or freeze response. They feel unsafe in their bodies, in their minds, and in their emotions. And that perpetuates a feeling of threat in relation to their identity, their relationships, and their environment. For this reason, coming back to a sense of safety in relationships and environment is crucial to recovery. And this process begins with feeling safe disclosing their trauma to an empathetic witness or loved one. Only when this first step is complete, can a survivor then process and move THROUGH their trauma, rather than remain stuck in it. On the contrary, when a survivor feels judged, shamed, or ultimately unsafe sharing their trauma narrative—this will only support and strengthen the somatic (nervous system) response of danger. Further re-victimizing the survivor.

The initial step to being an empathetic witness is to educate and understand the survivor experience. To begin, let’s talk about the nervous system response—fight, flight, freeze.

If any of us have watched National Geographic, we’re acutely familiar with the concept of fight, flight or freeze. The tiger might fight the lion. The antelope will most likely flight/run from the lion. And the zebra will often freeze or play dead when under attack by the lion (a survival instinct called Tonic Immobility). Tonic immobility is a temporary state of motor inhibition or paralysis believed to be a response to situations involving extreme fear. Although this survival phenomenon has been greatly documented in animal literature, it is also found that TI occurs at high rates of 70% during sexual assault. Much like “feigning death” or “playing possum,” when under threat of sexual assault, a survivor’s natural instinct is to go limp, not fight back, not say no, and simply survive the assault.

To understand the survivor’s experience, we must understand what happens within the body and brain when tonic immobility is activated. For instance, when this state of freeze is reached, the survivor becomes “dissociated,” or disconnected from their thoughts, memories, feelings, actions and sense of self. As the trauma occurs, the amygdala (brain’s fear response center) takes control of our limbic system—detaching us from our pre-frontal cortex which is our center for executive function. As this dissociation happens, cortisol floods the hippocampus (the brain’s memory center), as a way of blocking and protecting the brain and body from these traumatic memories. Think of this as a way of “blacking out.”

This is why when a survivor “comes to,” they often can’t recall many parts of the story, or if they do, the story comes back in fragments or flashbacks that are often described through sensory perception. For instance—the sounds, smells, colors, tastes, etc., of the event. This is also why triggers are usually from a sensory experience (like a soldier with PTSD hearing a loud bang). And we’ve seen these scenarios play out in the past in other traumatic experiences. An example would be that of a shark attack survivor saying they don’t remember the attack or that their body went numb. This is a clear case of tonic immobility/freeze/dissociation as a form of survival. Yet, oftentimes society and the court system sees the lapse in memory, confusion of timeline, and lack of “fighting-back” during the assault as evidence that survivors are either false reporting, or are to blame. This misunderstanding and ill-informed perception further perpetuates the survivor’s inherent self-blame or guilt, leading to under-reporting, injustice, and long-term re-victimization.

In my experience, after my assault happened, I immediately blamed myself without anyone else evening blaming me. But it took an empathetic witness to come along, shake me of those thoughts, be patient as I recalled the experience, remind me that my trauma was valid, and persuade me that no matter what, I didn’t deserve being sexually assaulted.

Now that you’re trauma informed in relation to sexual assault, how can you empathetically respond when a survivor confides in you? Here are some simple should and should-nots to follow:

The ultimate takeaway I hope you got from this article is this: sexual assault is the most pervasive trauma that someone can have in their life. It affects everything: their relationships, their sense of safety in their body and in the world. It’s an imprint that lives with them forever. At the end of the day, it’s not a one-time event we can brush over. It’s a traumatic experience that survivors carry and simply learn to co-exist with. But by being trauma-informed and empathetic allies, we can lessen that weight that they have to carry over time. They feel less alone, more seen and more heard. This is where the culture shifts. This is where sexual assault stops.

Brittany Piper is an international activist, speaker and healing + wellness coach—cultivating 300+ programs spanning 9 years and 3 continents. Her work has been recognized by The U.S. Army, The Clinton Foundation, Cosmopolitan, Elite Daily + more. She is a rape survivor and leading national expert and advocate on sexual violence prevention and recovery—speaking to tens of thousands of students, detectives, employees, inmates and military members each year. She is also the founder and creator of The Functional Breakthrough Method—a 1-on-1 coaching and healing program that supports survivors of trauma. Additionally, she is a social justice photographer for women’s organizations in conflict countries.

Brittany believes that when met with empathy, our pain can be transformed into our greatest purpose. Whether in a slum in Uganda, a rape crisis center in South Africa, a rural village in India, or even a university campus or boardroom in the United Sates—she has stood alongside the suffering of the world as they overcame their adversity and took brave action in their own lives. Brittany uses raw and relatable stories, compelling research, and actionable advice to motivate and empower individuals to create in the mess—providing them with the tools and inspiration to cultivate more meaningful relationships, communities, businesses, and lives. 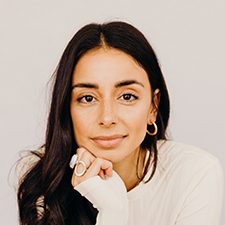