I was six, nearly seven, years old growing up in Baton Rouge, Louisiana when novelist, playwright, essayist, poet, activist, and social critic James Baldwin died in December of 1987. It would be nearly 30 years before I first discovered his powerful works through a film boldly entitled, “I Am Not Your Negro.” As a Black man navigating this tumultuous world; I truly wish I’d known of Baldwin’s works long before 2016. Baldwin’s Blackness AND queerness informed how he viewed the world; his radical intellect shaped what he bestowed upon the world; knowledge.

Discovering James Baldwin was also a self-discovery. There is now a force within me that allows me to walk in truth; unapologetically Black and unapologetically gay. Reflecting upon the nearly four years since that documentary seared my soul, our world is tilted on its axis. In this moment of growing unrest and rebellion against structural injustice, we bear witness to over 400 years of oppression, unleashed in a matter of days. Baldwin’s words remind us that then is now.

To be a Negro in this country and to be relatively
conscious is to be in a rage almost all the time.

The murder of George Floyd at the hands of police. A pandemic disproportionately impacting the health of Black and brown people. Food insecurities. Highest Levels Of Unemployment.

Yet some challenge, question or outright disregard; Black Lives Matter.

It is certain, in any case, that ignorance, allied with power,
is the most ferocious enemy justice can have.

Black voices are amplified and white allies come forth, we are discovering that the only way through is together. Ignorance can no longer prevail. Freedom from ignorance will free us all from a history that plagues us with a disease, racism.

Black Lives Matters; a declaration that we must dismantle systems that perpetuate hate. It is an evolution just as much as it is a revolution. A revelation; just as much as a rebellion.

I imagine one of the reasons people cling to their hates so stubbornly is
because they sense, once hate is gone, they will be forced to deal with pain.

Baldwin once addressed the statement that “the inequality suffered by the American Negro population of the United States has hindered the American dream.”

His response challenged our systems of reality that have upheld racism; injustice.

I encourage you to now challenge your sense of reality and to criticize any systems, institutions, and practices that do not support Black Lives Matter; justice.

I love America more than any other country in this world, and, exactly for this reason, I insist on the right to criticize her perpetually

It is a terrible thing for an entire people to surrender to the notion that one-ninth of its population is beneath them. Until the moment comes when we, the Americans, are able to accept the fact that my ancestors are both black and white, that on that continent we are trying to forge a new identity, that we need each other, that I am not a ward of America, I am not an object of missionary charity, I am one of the people who built the country–until this moment comes there is scarcely any hope for the American dream. If the people are denied participation in it, by their very presence they will wreck it. And if that happens it is a very grave moment for the West. 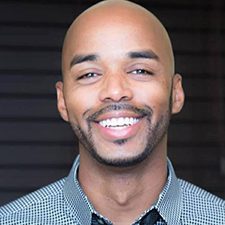