The definition of ethics is “a set of moral principles,” or a “theory of system of moral values.” Ethics, fundamentally, is about what is right, which surpasses what is legal. My favorite statement from a Spike Lee movie classic is when The Mayor, played to Ossie Davis, is talking to main character Mookie (played by Lee), who is in the middle of delivering pizzas. The Mayor told Mookie, “always do the right thing.” The movie has been branded a classic for its honest look at racial and class tensions in late 80’s New York City. Among other things, it presented opportunities for community members to go above and beyond the call of duty in mutual participation and understanding.

As a practicing attorney, I do not minimize the importance of following the law. For my clients, it can be the difference between success and failure in their ventures. I speak about legal issues extensively, because the law needs to be explained and understood. That said, even though the law often emanates from ethical principles, much of my message centers on the notion that to be ethically guided is even better than being legally guided. Said another way, doing something because it is simply the right thing to do can be different than “just” following the law (even though that’s important and necessary). This is for a couple of reasons.

First, doing the right thing can often involve a “heart matter.” We are often impressed when one “comes from the heart” in the work that they do, or the actions that they choose to undertake. It is truly wonderful when responsible action meets up with a true desire to advance the purpose the action is connected to. Whether on campus, or in larger society, thinking this way takes the form of making sacrifices of time and energy for causes larger than oneself.
Second, doing the right thing is often a selfless thing to do, particularly when it requires you to give of yourself. If you think about it, when your goal is to keep yourself out of legal trouble, what you are doing features elements of selfinterest, even though that self-interest can benefit the group (athletic, Greek, or other) to which you belong. To be certain, breaking a law can have personal and group implications in terms of punishment, lost money, time, or standing. However, even in a college environment, where a primary goal is personal advancement in life and career, it should be a goal to advance the standing of your campus and larger communities in ways that do not have you as the primary beneficiary.

Ultimately “doing the right thing” can have complications. It can be unpopular, it can seem to go against one’s self-interest, and is often laced with sacrifice. Being ethically guided on college campuses can mean “blowing the whistle” on illegal or improper activity among groups one is involved in. It can mean staying behind, literally or figuratively, to help someone on a project or endeavor that is not as far along. It can mean initiating difficult conversations that you know need to occur. But, despite all this, always be reminded that there is great self-benefit to ethical actions that make them worthwhile. Ethical actions solidify your reputation. Used as a personal benchmark, ethical actions bolster your life prospects, catapulting you to embrace career endeavors that require ethical standards be met. The greatest self-benefit a doer receives is probably the simplest one: the feeling that you did the right thing. 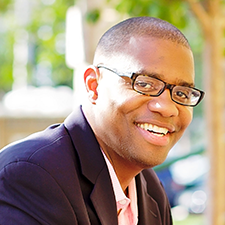