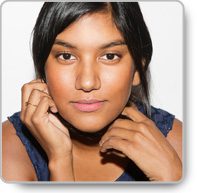 It’s time to speak up

When CAMPUSPEAK approached me to be a part of the SPEAK UP program on sexual assault, I knew I had to say yes. I have been passionate about sexual assault awareness ever since I wrote the first draft of my memoir, Controlled, when I was a freshman in college. My book is about a sexual assault that happened to me when I was 14 years old. I began sharing my experience when I was 18 years old to my friends and family when they asked me what I was writing a book about. However, what I never expected to receive along this journey was the outreach of men, women, girls, and boys around the world telling me they had been sexually assaulted and never told anyone.

SPEAK UP is based around real people and real stories. Most of the contributors were sexually assaulted and we each take on an issue that surrounds the stigma of sexual assault. I chose to share my story in hopes that no one has to go through this again.

Throughout my social activism, I have met many people along the way who have been through this harrowing crime. When I went to Indianapolis to film SPEAK UP, I had the opportunity to meet other speakers who I never expected to now call my friends.

The most important message I can share with survivors of sexual assault is: you are the most important person in your life, so try to figure out what you need to do to take care of yourself, especially when you’re in such a fragile state. In addition, I believe compassion is the most important human emotion. It is crucial we all support each other.

Neesha Arter is a journalist and author in New York City. Her memoir, Controlled, which recounts her sexual assault at 14, will be published in September 2015. Her work has appeared in The Daily Beast, the New York Observer, and New York Magazine.