SELF-NAVIGATION: From Failing to Thriving

You will Fail. Worst inspirational book ever! I know, I know but that’s the honest truth, and I owe it to you to say it. Failures aren’t going anywhere, and they are often what stand in the way of creating the most for our lives. Trust me, I’ve made a career from failing. More so, I’ve made a life out of failing. I’ve failed over and over and over (and over) again!  And it is those failings that have lead to every single success in my life.

So rather than try to run from failures, what if we could embrace them head on, and actually power ourselves forward to our goals?

The gift of going through the journey of failure to success with being an American Ninja Warrior, World Record Holder, 5x TEDx Speaker, and Stand Up Comedian are that it uncovered this incredible method for hyperdriving the failure process.  A system for how we can embrace failing, rapidly grow from it, and power ourselves forward to success.

I’ve been called an Expert Failer, which I take as a big compliment! And there is nothing in this world I’ve failed at more than NBC’s American Ninja Warrior.  It’s an absurdly difficult, aerial obstacle course where you’re required to fling yourself by your fingers from dangling, spinning, and oddly-shaped grips to yet more dangling, spinning and oddly-shaped grips. And if you miss, you drop two-stories down, splash into the water, red buzzers ignite, a siren sounds, and millions upon millions of people watch you pick your soggy, failure-soaked self out of the pool as it’s broadcast around the globe. Fun times!  Adding a little salt to the wound, I looked online and over a million people have watched my Fail videos. And yes, I read every trolling comment.

Failing is one of the greatest fears a person can have, and I get it. Failing used to be my greatest fear too. It would cripple me so much I’d be scared to take any action at all for fear of disappointing, or getting judged, or just flat out sucking!  The fear of failing became so great that I would stop taking leaps, and as many people do, I began to reside myself to what was comfortable and safe. But before long it felt like I was lowering the brightness on myself in all areas of my life and who I was. What was torturous about it is that I could see another life. I could see myself full of confidence, and excitement, and self-belief doing all the things I wanted to do! I knew it could be real, but I was too scared to make it happen, and those moments that could have been…simply never were. They passed me by and I’ll never be able to touch them again.  The fear of failure robbed me of moments of my life that I can never get back, and that’s why I’m so fired up to share this with you now. I don’t want you to lose any of your moments. I’ve made it to the other side now, and failure no longer stands in the way of who I want to be, what I want to do, and the life I want to lead. I have become Fail-Proof, and that is what I’m here to do for you.

Whatever you really want for yourself, you are capable of making it happen. From how you show up for yourself, to your friendships, your school work, and how you lead your life – I am not promising you that it will be easy. But I am promising that you can do it. 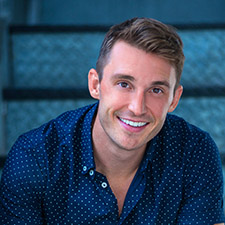 Learn more about Alex and his programs at campuspeak.com/speaker/alex-weber