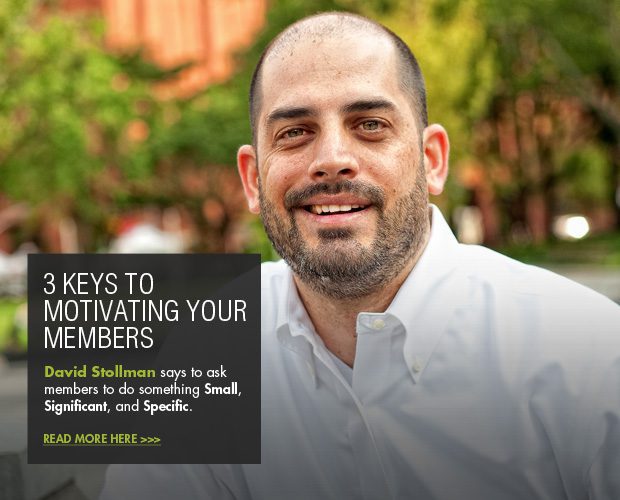 Asking members to do something Small, Significant, and Specific has been the most effective way I’ve seen. Do not confuse asking your MEMBERSHIP with asking your MEMBERS. Passing a sign-up sheet around a meeting isn’t good enough. The most effective leaders lead persons, not a group of people. When people feel a personal connection to a leader they are more likely to put forth effort to a cause. Time, talent, and treasure are engaged best through a personal ask, not a generic call-to-action.

If you ask someone to do something Small, something Significant, and something Specific, you are more likely to get their support. Let’s define these terms.

1. Small is reasonable amongst all they have to do. People are busy with lots of competing interests. Asking someone to replace a priority is much harder than asking for a minimal effort that can fit within an existing lifestyle.

2. Significant efforts are those that make a difference in a shared goal or cause. Tapping into both their desire for a shared cause as well as their desire to have an impact, works best.

3. Specific requests have clear expectations. Asking someone to serve on a committee, take on an office, or “help with” is vague and can be scary to already busy people. Specific requests also have a clear timeframe for completion. People won’t fear being sucked into a never-ending commitment competing for their time.

When you send around that sign-up sheet to help with the annual service project, there are many people who care, and want to support your efforts. But, they don’t put their name down for fear of being sucked in beyond their ability to manage their other commitments. If you instead send around a list that has specific items with one or two lines next to each, you’re more likely to not only get people to sign up for “Bringing fliers to other chapter houses on Tuesday from 4:30-6pm”, but also have the ability to remind them of their commitment. Motivating people isn’t a mystery. Employ these basic steps and you see great results in any group tied to a shared cause.

Learn more about David Stollman and his keynotes at campuspeak.com/stollman. You can also follow him on Twitter at @David_Stollman. 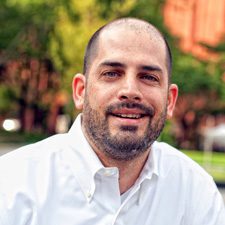