A Year After The 2020 Summer of Black Lives Matter

It has been nearly one year since the murders of George Floyd, Breonna Taylor, Ahmaud Arbery, Rayshard Brooks, and others resulted in a global protest movement gripping the collective consciousness of the nation and the world. Over the past year, Stop Asian American Pacific Islander Hate has received over 2,800 accounts of Anti-Asian violence in the U.S. and most recently the tragic murders of 8 people, six women of Asian descent in Atlanta, GA. Even those who would prefer to ignore the cries of anguish and demand for justice were met face-to-face with the nation’s original sins: racism and white supremacy.

In the last 365 days, as well as the last 402 years, racism has shape shifted in many forms: police brutality, educational inequality, xenophobia, over-policing, mass incarceration, housing inequality, income and wealth gaps, tone policing, life expectancy, housing insecurity, voter disenfranchisement, immigration, etc. As Michelle Alexander puts it, in her groundbreaking book The New Jim Crow: “We have not ended racial caste in America; we have merely redesigned it.”

A recurring message I am seeing from my peers is that they cannot believe they didn’t realize how bad racism is. There is duality in how I wrestle with this type of thought. On one hand, yeah you should have known. Racism isn’t new, it is the same monster that has been tearing down cities for generations; maybe it’s just never been your city, never been on your screen, hasn’t kicked down the door to your home and stormed in. And if it has entered your consciousness in ways other than lived experience, you may have thought “that’s too bad” and gone back to eating your dinner. On the other hand, how would you know? K-12 education tends to whitewash and glorify history. College is highly specialized. The professional world may offer a training or two, but with what impact? At what point were we supposed to gain a critical consciousness about race and racism and how are we supposed to gain the tools necessary for anti-racism?
And so, a year later, what have you done about it? How have you meaningfully shifted your thinking, learning, behavior, and actions to combat racism? I’m not talking about posting a Black box in June, reading a couple of books, sharing a post to your Instagram story every now and then and moving on. I am asking if and how you questioned your complicity to racism, analyzed your position(s) of privilege within unjust systems, leveraged your personal power toward justice, pushed back against bias out loud, and challenged systems that maintain violence and inequity? How is your life meaningfully different as a result of your actions toward anti-racism?

If my prompts make you feel accomplished by the work you’ve put in, great. If they give you a twinge of guilt like perhaps you could be doing more, then let’s do more. Regardless of your response to my inquiry, I want you to think deeply about further calls to action. Because the work is far from over and it is going to take all of us together.

First, let’s talk about some wins. There have been protests against racism in all 50 U.S. states, and over 50 countries nationwide. In the U.S. and the U.K. many monuments to enslavers and renowned racists have been taken down either by protesters themselves or through pressure from protesters and activists. Minneapolis city council forced the police department to ban chokeholds and neck restraints. Louisville, the city where Breonna Taylor lived and was murdered, banned its police department from conducting no-knock raids in the wake of the police entering her home in a no-knock raid and killing her while she slept. Georgia, despite state-enforced voter suppression efforts, saw record turnout among Black voters. There have been acknowledgements and actions taken to reinforce, in some circles, that “not being racist” is not enough in a racist society which demands anti-racism to see change.

The labor against racism has seen some fruits, yes, but change cannot be truly made if it is not maintained. As I write this, Derek Chauvin, the former Minneapolis police officer who was filmed heartlessly pinning his knee into Floyd’s neck, killing him, is facing trial in a nation in which 98.3% of killings by the police go uncharged. The George Floyd Justice in Policing Act, which passed the Democrat majority House last summer but was blocked by the Republican majority Senate, is currently being considered by the now Democrat majority Senate. However, the Movement for Black Lives, a coalition of more than 50 groups representing the interests of Black communities across the United States, pushes back against the act, calling it incrementalistic and lacking in true systemic change. Republicans in at least 43 states are trying to implement laws to restrict access to voting, particularly among voters of color and votes on college campuses which tend to vote more frequently for Democrats. The gap between Black home ownership and white homeownership has remained persistent and only worsened during the COVID-19 pandemic. Over the past year, Stop Asian American Pacific Islander Hate has received over 2,800 accounts of Anti-Asian violence in the U.S. Oh, and Dr. Suess Enterprises removed six of Dr. Suess’ least popular books because of the racist imagery and narrative in them, sparking conservative media to launch into rhetoric about a culture war and cancel culture in the face of any semblance of accountability for racism and white supremacy.

Now is the point in this writing where you might be wondering “Okay, what do I do about it?” And you may be expecting me to tell you. Use this yearning to think deeply about the change you want to see and how you can use your power to make that change real. Do not expect people of color to do that work for you. Do not expect people of color to educate you, to steer you in the right direction, to absolve you of your guilt. We are not responsible for our own oppression nor should we bear the brunt of the labor to rid the nation of its original sins levied against us. Lucky for you, a year ago I created a platform to guide you in your anti-racism work. Wherever you’re at in your journey, continue to recognize, challenge, and change systems of racial oppression and please visit campuspeak.com/speaker/victoria-alexander/ to learn more. 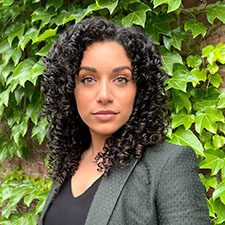