How can I make people do things?

Last year, I was speaking at a law fraternity’s national pre-law conference. In preparing for the event, I learned about one of the most frequently-asked questions: “If we have an open membership policy, how can I make people do things?” I chuckled because I have asked myself the same question many times—even inside organizations that made people jump through massive hoops to join.

So, I’ll share my response, crafted from years of pondering and research: You can’t make people do things! Human free will and differing motivation make it impossible for one person to make another do anything. However, there’s plenty we can do to influence others to do things. The best book I’ve read on this topic comes from social psychologist Dr. Robert Cialdini. It’s called Influence: Science and Practice.

In the book, he shares six “weapons of influence.”

1. Reciprocity
People feel a strong need to reciprocate giving. If you get an unexpected Christmas present, you’ll probably scramble to find something to give back to your gift-giver. This is why nonprofits put little address labels or other tiny gifts in the mail with their solicitations. The same works for favors. I know some folks who have proactively, generously gone above-and-beyond in sharing their time, wisdom and networks to help my business grow — I leap at whatever opportunity I have to repay the favor. After all, “I owe them.” Cialdini offers a brilliant response to invoke reciprocity whenever someone expresses gratitude. He suggests that you never say, “it’s nothing.” Instead say, “I know you’d do the same for me.” Sneaky, huh?!

2) Commitment/Consistency
Humans want to be consistent with their commitments, words and others’ expectations of them. Just imagine a child saying, “But you promised!” Indeed, we have all sorts of nasty names for people who don’t live up to their word—nobody wants to be one of those. Recently a friend convinced me against my better judgment to go party with him on a school night. He texted: “A lot of people will be disappointed if you don’t come; it’s not like Petus Maximus to disappoint a crowd.” Brutal!

3) Social Proof
Your mother may have asked you, “If everybody was jumping off a cliff, would you?” Well, if everyone looked like they were having a blast, and emerged at the bottom with all their limbs…you probably would. Indeed, Cialdini’s research highlights that people observe others to determine acceptable behaviors. This is particularly applicable in ambiguous environments. I love observing this with children who haven’t quite developed their humor faculties. When there’s a quality joke on the TV, the children don’t laugh, immediately—but rather look around to see others laugh. Then they deliver a forced, delayed laugh. We’re not that much different.

4) Liking
People like to do things for people they like, and not do things for people they don’t. It’s just that simple. Some salespeople you love and believe they’ve got your best interests at heart — others seem like they only view you as a commission opportunity. The first salesperson will probably get your business. Jeffery Gitomer says it well: “All things being equal, people want to do business with their friends. All things being not quite so equal, people still want to do business with their friends.”

5) Authority
The spooky Stanley Milgram experiment shows just how powerful authority can be. Indeed, 65% of participants administered a “dangerous” electric shock to another human being merely because the authority figure insisted. Folks can go to great lengths to impress or comply with an authority figure. Earning the authority in the first place is the tough part.

6) Scarcity
When something seems rare, people assume it’s more valuable. Scarcity applies to physical items, opportunities, or an amount of time to take action. The Beanie Baby craze occurred largely due to particular animals’ limited availability. Groupon is also based on this whole principle. The deal is up for only one day. You may not have thought you needed that 50 percent off massage, but it’s only available today!

Employing these “weapons of influence”—ethically, of course—won’t enable you to make people do things, but they sure can help.

Pete has keynotes that are great for leadership, motivation, personal growth and team building programming. Check out campuspeak.com/mockaitis to learn more about Pete, his available keynotes and to watch his video. 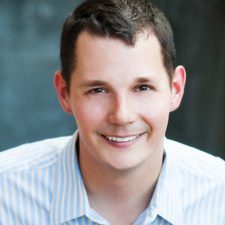