When my parents first got married, they had this grand dream to have four boys. After having two daughters, they were happy to simply have two vibrant, healthy children. Their dream of having at least one son; however, hadn’t been abandoned. They quickly conceived child number three, but the result of that pregnancy was not as storybook as the previous two. My mother suffered a miscarriage and the physical and emotional toll of the ordeal forced my parents take several years in between their next attempt.

After a few years had passed, they were ready and eager to try again, and conception was successful. The pregnancy was breezing along. When they went to determine the gender of the baby, they were delighted to hear that it was a boy. Tragedy struck once again. Unfortunately, when my mother went into early labor and my parent’s first-born son did not survive long after my mother gave birth. After this second devastating loss, doctor’s warned my parents that the risk of attempting to have another child would not only put the baby’s life in danger, but also my mother’s. Jointly, they decided that they would not let medical opinion dilute their faith or dictate their destiny.

They did not stop.

Less than two years after the loss of what would have been my older brother, I was conceived. To the surprise of my parent’s physician, the pregnancy had no complications from beginning until the end. It’s no surprise that my mother, a huge boxing fan, stayed up late the night before I was born bobbing and weaving while watching a Sugar Ray Leonard fight…solidifying the fact that I would enter the world swinging and never face a battle I wasn’t prepared for.

Everything went black, and I heard those words being whispered as my 22-year-old body laid motionless upon the ground. I sensed a flurry of individuals exit the room and as I opened my eyes up and stumbled to my feet my chapter brothers frantically rushed to my side.

They barraged me with questions involving the incident, but my pride produced the simple answer of: “Don’t worry about it, I’m all good.” I somehow navigated my way to my car and drove home. My attempts to sleep off the pain I felt were in vain as they only intensified my agony.

“Are you ok, son?” My father asked with concern as I attempted to watch television with him like nothing happened. Again, pride got the best of me and I told him I was okay. Ultimately, I finally broke down and asked him to take me to the hospital, just to be on the safe side. The car ride was a blur and upon arriving I told the medical staff I had a neck injury that I suspected was a deep sprain. They took me for X-rays and the minute the results of those X-rays returned is a moment I will never forget. First, they strapped me to a bed from head to toe. Then, they informed me that I had broken my neck in four different places and had I made one wrong move I could have been paralyzed for life. Lastly, I was told that they had to transfer me to a different hospital for emergency surgery.

Upon waking up after surgery, I was happy to be alive but I was confined to a bed. The surgeon told me that I may physically never again be the person I once was, but he was confident that I would eventually work my way back to a somewhat normal lifestyle. As I transitioned from bed-ridden, to wheelchair, to walker I did so with one thing constantly on my mind.

I can not stop. I will not stop.

That mentality fueled me to not only make a full recovery, but eventually comeback stronger than I was pre-injury. In life, we will always have moments where we want to give up and give in to defeat. But through those hard times when we stumble, it’s important to always say: 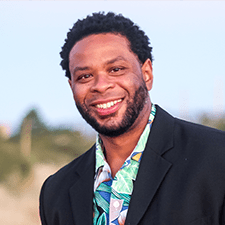